May 8 is the birthday of writer Hovhannes Hovhannisyan. This year it was in the centre of special attention of both the city authorities and the literary community.
In the morning, a requiem service was held at the Komitas Pantheon, where the writer is buried. The employees of Ejmiatsin Municipality, writers and lovers of Hovhannisyan's poetry laid flowers at his grave, and the pupils of the recitation group of the house-museum performed the works belonging to his pen. "New Spring", "As a strong giant old man", "The sad singer with the lyre in his hand" and other popular works were performed by the children, creating an illusion of presence among those present.
Eduard Militonyan, the President of the Writers' Union of Armenia, was present at the event. The latter mentioned in his speech that writers do not die, they continue to live in the next generations. "It is especially worth mentioning his efforts to refine the poetic speech, which is one of the bases of the Eastern Armenian poetry in the 19th century. Vahan Teryan refined our language bringing in new themes. We must also remember that before him there were Hovhannes Hovhannisyan, Avetik Isahakyan, Hovhannes Tumanyan, who made Eastern Armenian shine like a diamond", he added.
Militonyan awarded the staff of Hovhannisyan House-Museum a certificate of gratitude for the implemented joint literary meetings, discussions and presentations of books by contemporary writers in cooperation with the Writers' Union.
The event continued in the literary hall adjacent to the writer’s house-museum in Ejmiatsin, which in recent years has become a special Vernatun for the writers, representatives of different spheres and merely for the art-lovers.
Literary meetings and discussions are often organized here. This is a step aimed at decentralizing art and culture and spreading it in the regions, which has been spoken about a lot of lately. And, of course, the best traditions are preserved, as Ejmiatsin was one of the first places for the creation and development of culture: a seminary, a printing house, its own publishing house. The screening of the film devoted to Hovhannisyan was also held in this hall, after which Kristina Abrahamyan, the museum scientific worker, presented little-known facts about the writer. Congratulating Hovh. Hovhannisyan's 155th anniversary, Honorary Citizen of Ejmiatsin, painter Nerses Melikyan donated the museum the original cover of the book "Vahagn's Birth" by Aram Zakaryan, created in 1967. And the event became even richer with the musical performances by the talented young people of different cultural institutions of Ejmiatsin. 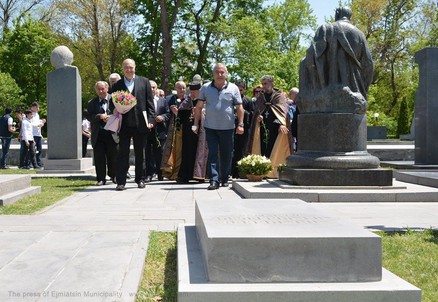 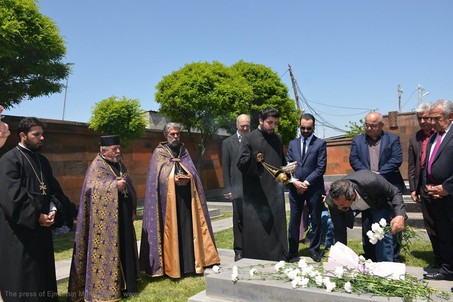 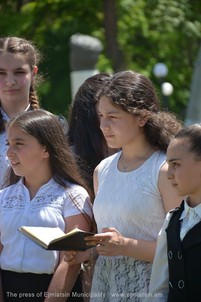 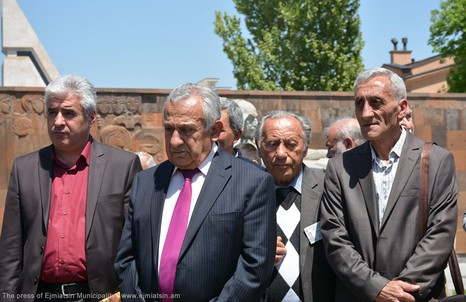 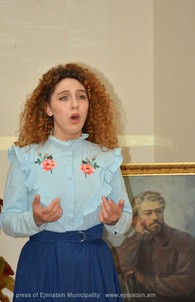 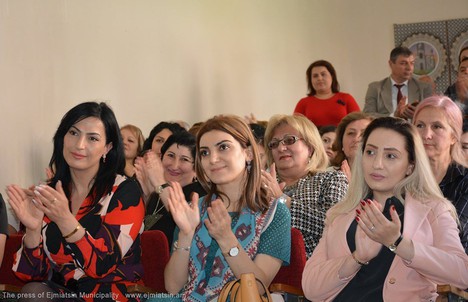 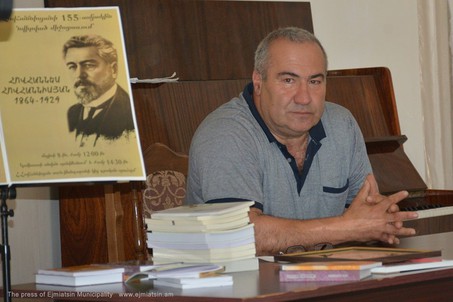 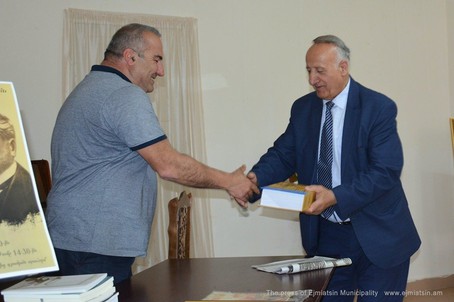 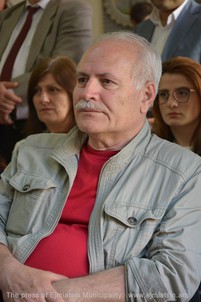 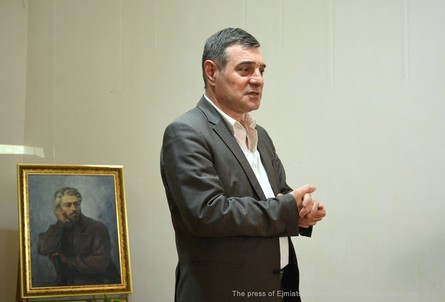 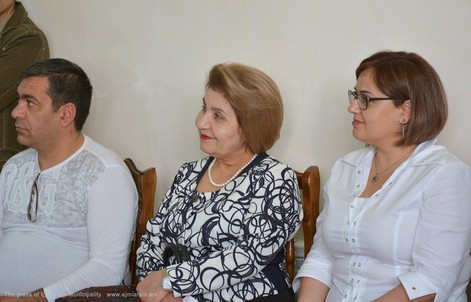 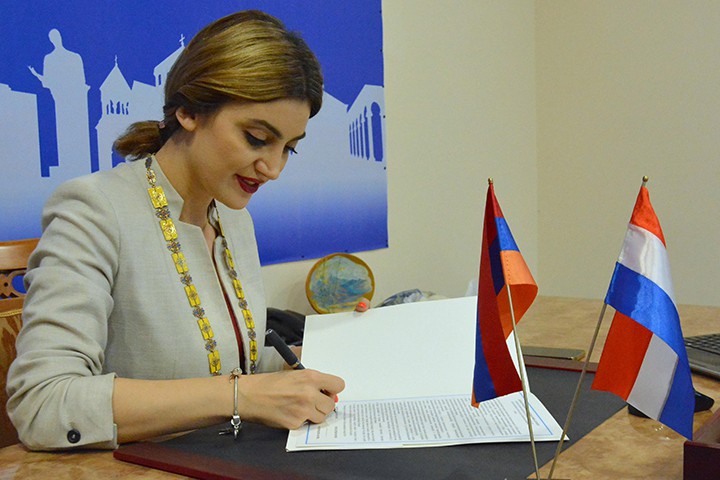 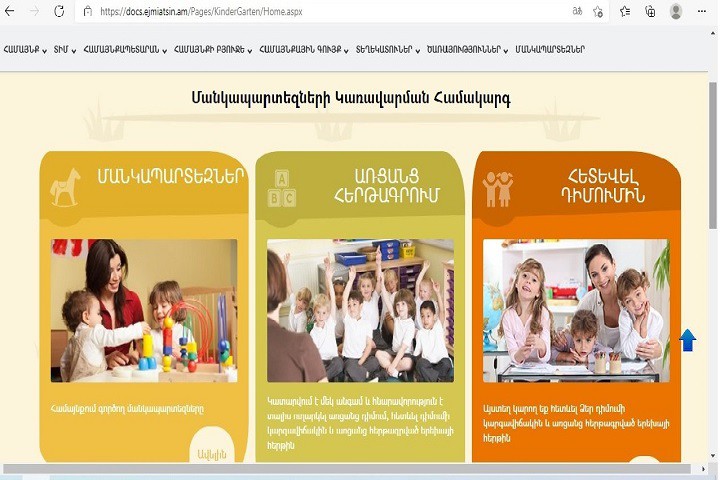 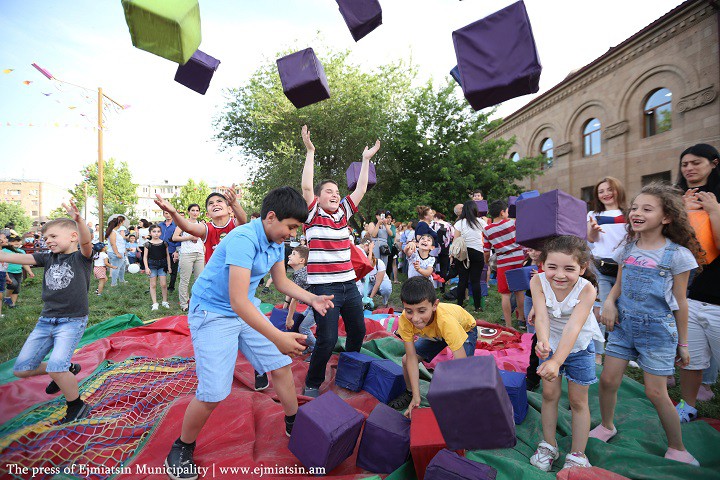 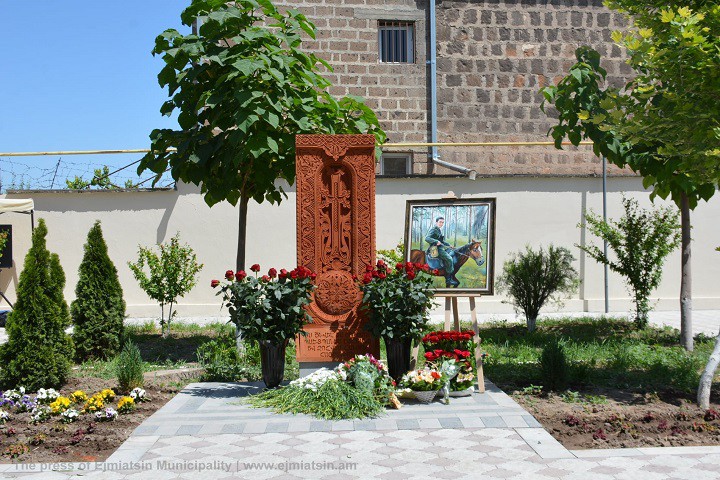 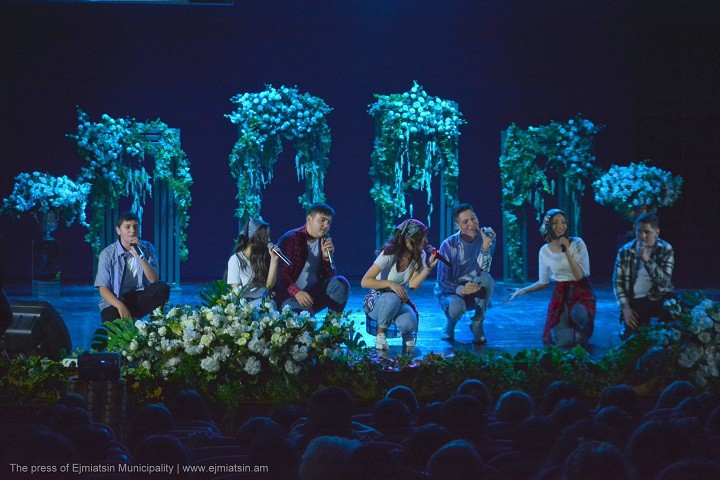 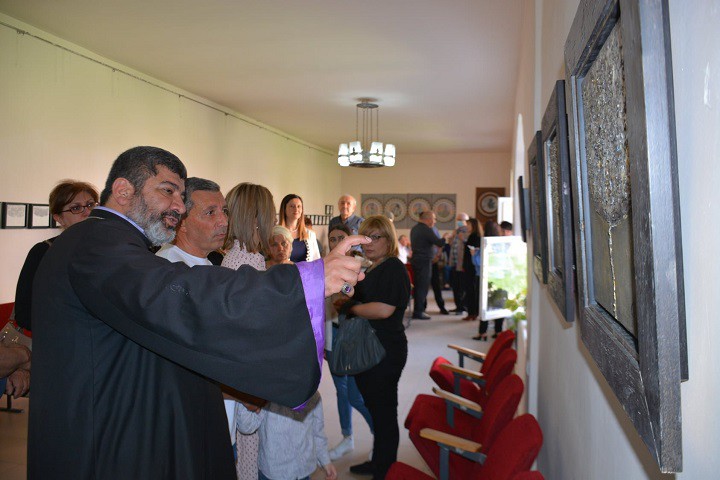 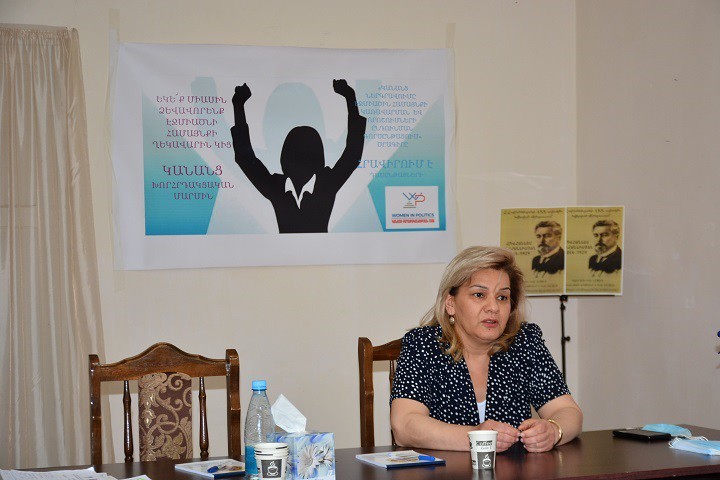 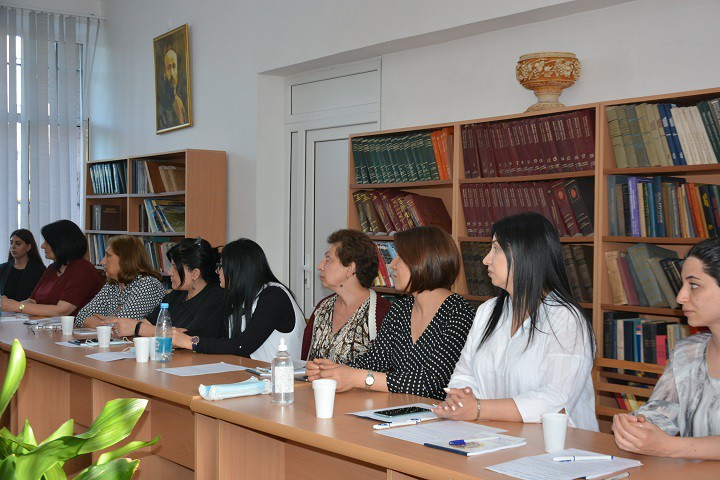 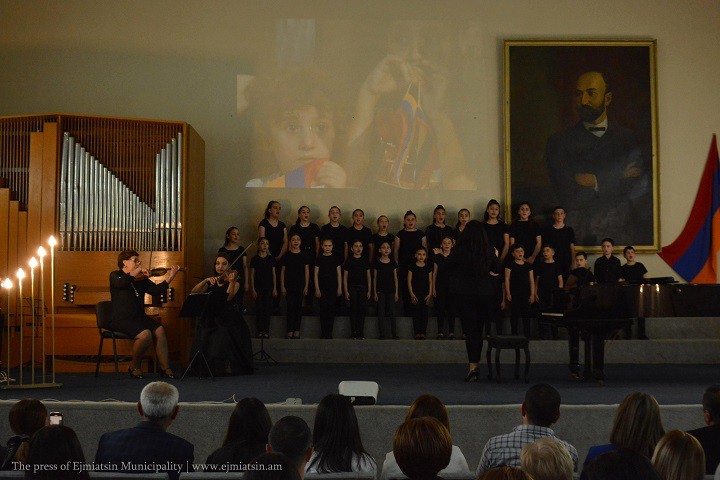 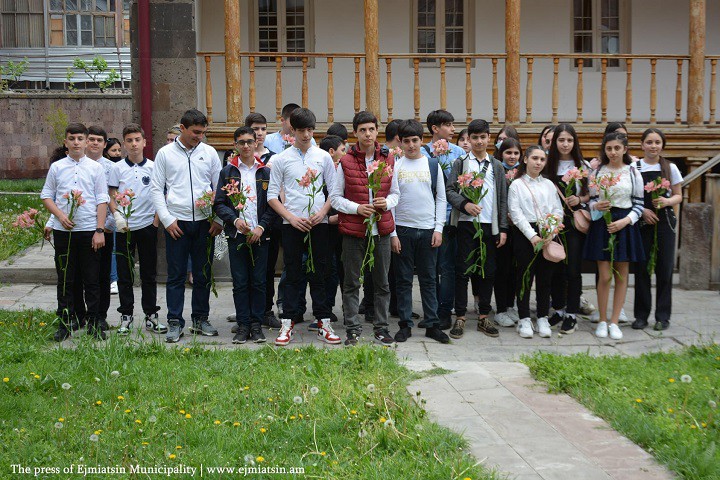 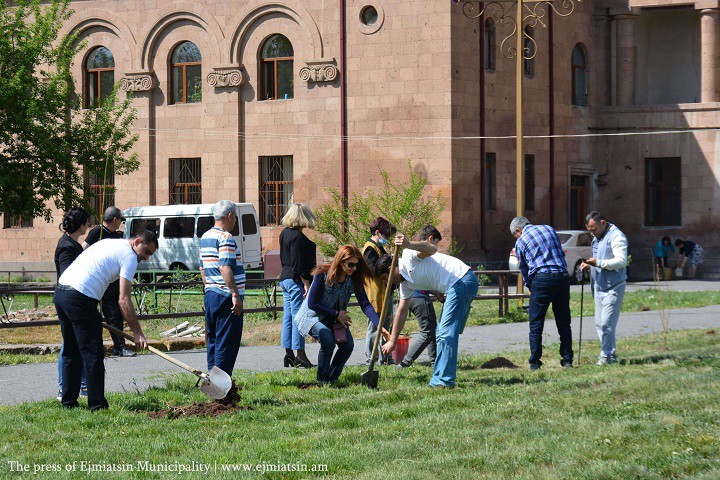 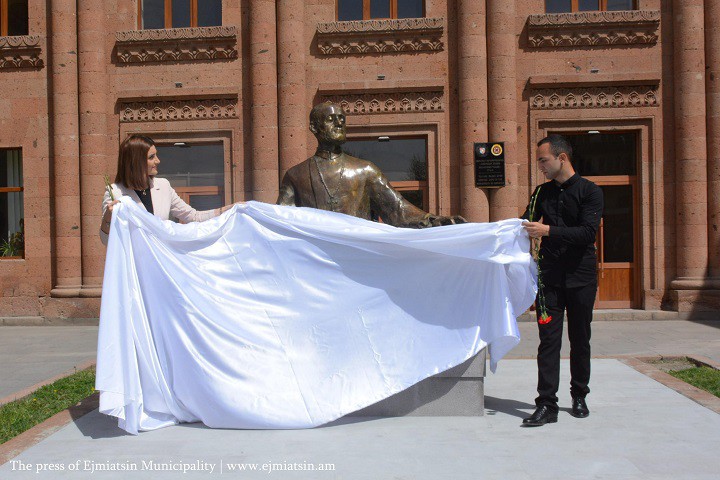 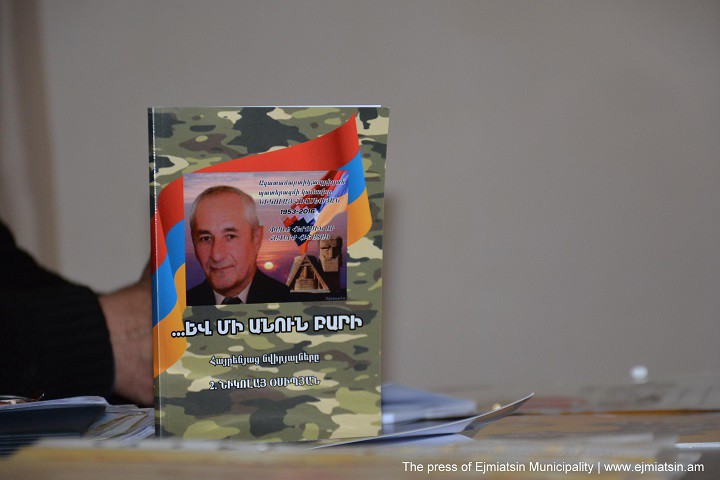 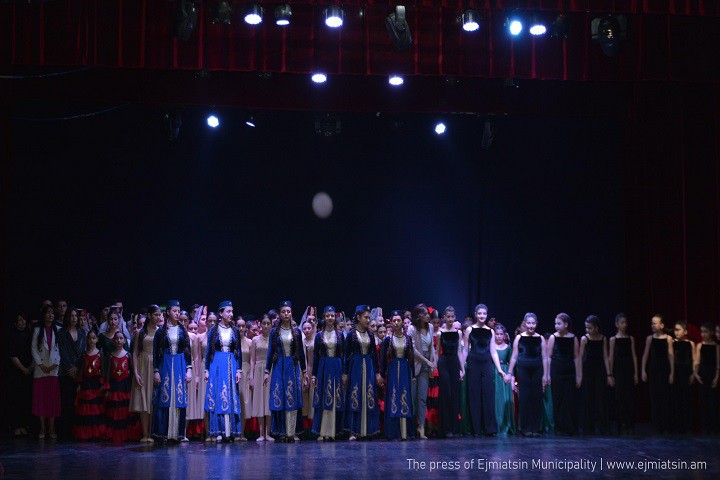 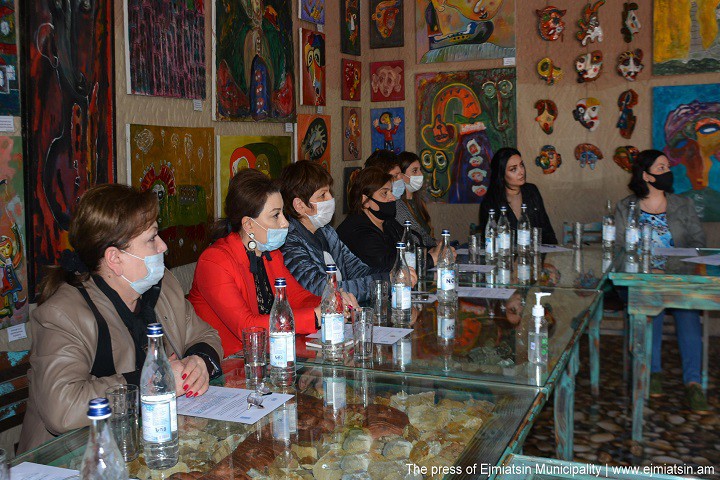 Culture 26.03.2021
MEMORANDUM OF COOPERATION BETWEEN EJMIA… 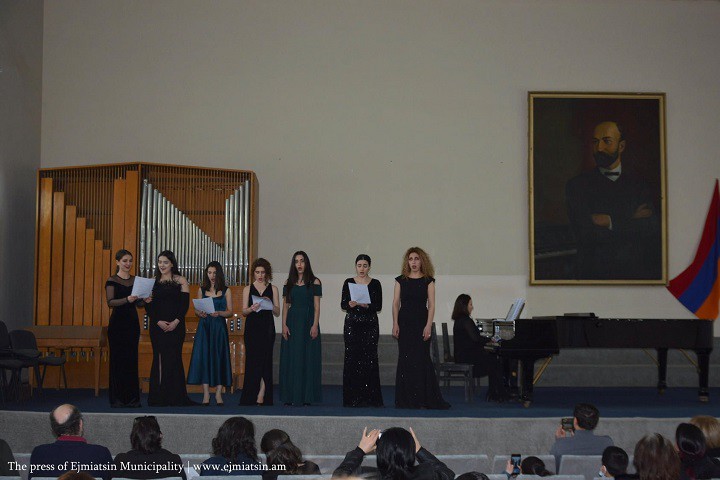 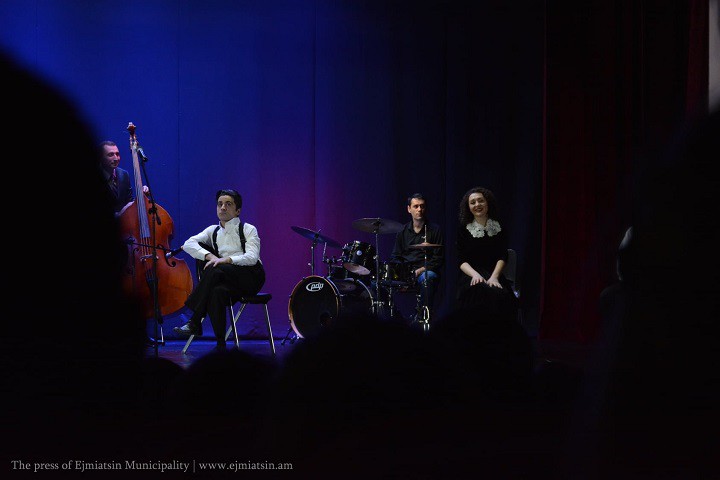 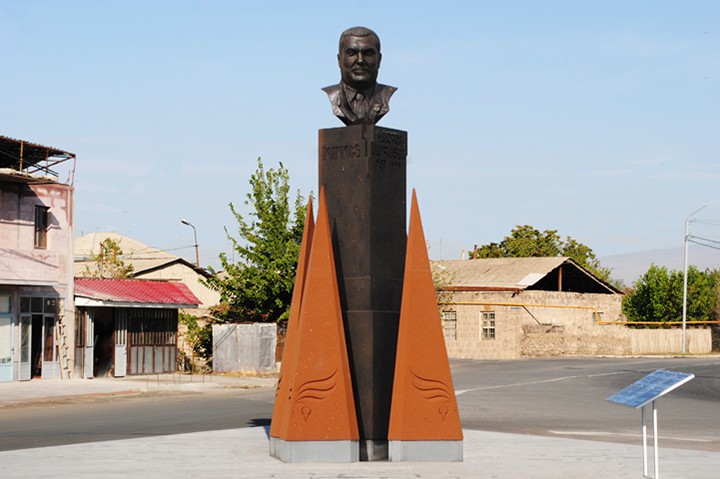 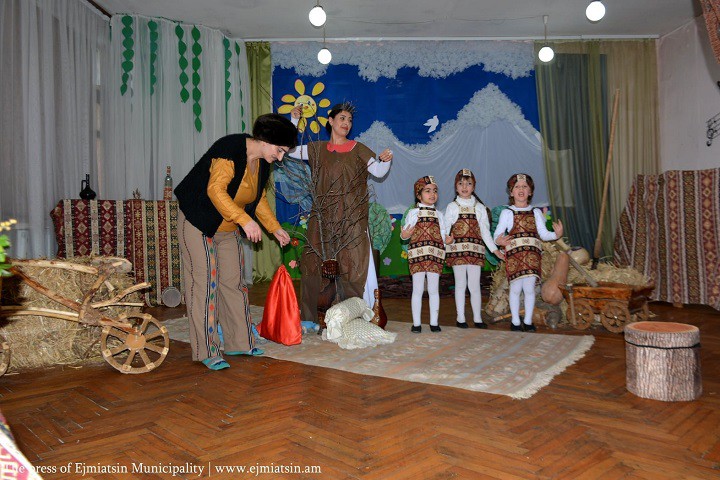